The accountant who found the "secret of success" in Greek mushrooms 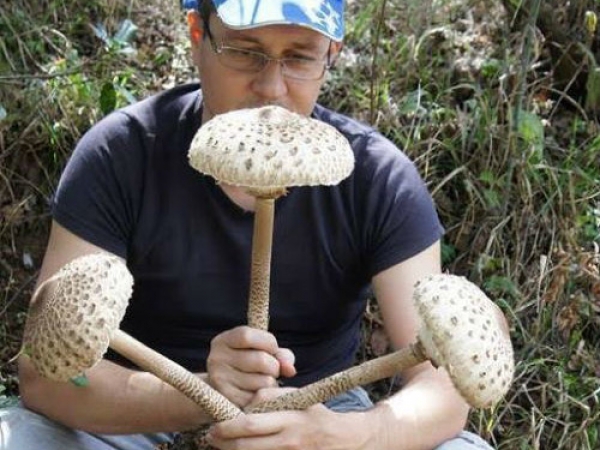 “If you want something, you will find the way to do it. Risks are also needed. If the first difficulty stops, it means you did not want it enough. ” These are some of the phrases that Nektarios Philippopoulos tells you when you meet him. And it looks as if he was doing so in his subversive way. From a village in Achaia he arrived in Athens, he studied accounting and eventually managed to find the “secret of success” in something he likes very much: in mushrooms.

He is the founder of the company Fungi Hellas. A company that sells Greek mushrooms and truffles, while also organizing excursions for those who want to experience all the experience of collecting these foods. It’s Possible met Nektarios Philipopoulos (at a break from his morning job).

First of all, how did you start your mushrooming?
I grew up with my family in the village of Kalamia in Achaia. There we gathered mushrooms. A professional activity that has passed from generation to generation. I remember when I was young, we took the donkeys and we were going for 2 and 3 hours to go up the mountain to mushroom mushrooms. All this created me in my memories.

The years passed, they came to Athens, I studied Accounting and I started working. But memories remained. At some stage, we started out with some friends to organize excursions to mushroom mushrooms. The company grew bigger, but this activity was always a hobby.
However, because the economic crisis came, and from one point onwards we could not make the excursions, we decided to find a way to self-finance. So we wanted to find money to make our excursions!

So what did we do? We said that from the mushrooms we will collect, we will sell a part of them to have some revenue. And so to make our walks outdoors. We had a joint fund, and we managed to make partnerships with some restaurants. This whole process has done me and my friends, to learn all the information that has to do with the mushrooms. He chronologically talks about 4 years ago – then all of this happened. The “key” here is that we managed to offer something that they could not find in the grocery store. Send the mushrooms in the evening from the various parts of Greece, come to me early in the morning and make the distribution on the same day. Eventually, the idea grew, and somehow it came to the establishment of Fungi Hellas. 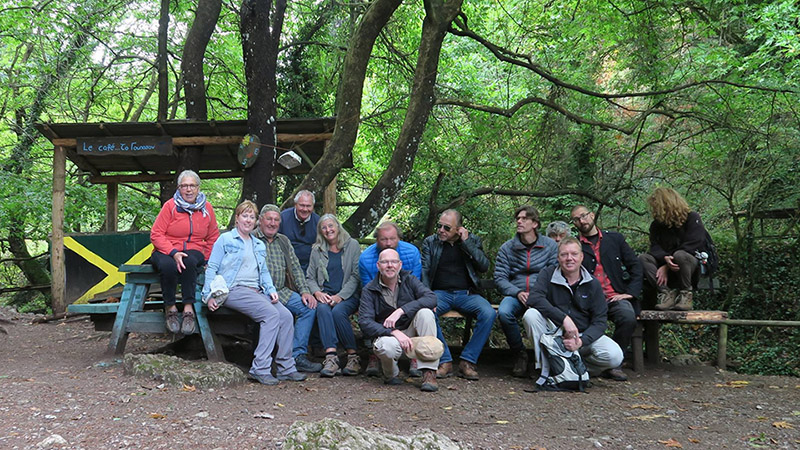 What exactly does the brand you have created?
We sell truffles 12 months a year. I can even tell you that until the creation of Fungi Hellas there was no company in Greece that could provide Greek truffle all year round. I have managed to build a network of people in different parts of the country, and we have achieved the result I am describing.

We also have mushrooms. These are very sensitive. If you pick up at night and do not take advantage of it at a fast pace, it can all be broken within 2 days. The difficulty is therefore not only to find them on Earth and collect them. You also have to make them available immediately. Think I get mushrooms from Alexandroupolis and I have to send them to Crete within a few hours. In this job you always move to a “fine line”. 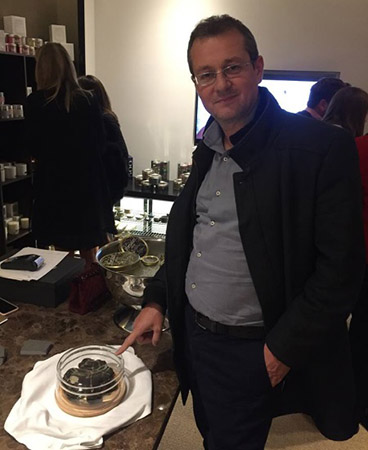 You obviously have some specialized knowledge, and you built this whole thing. But I want to ask this: Can someone who does not have that knowledge and background to start such a project?
If you do something with love, you can do everything. Think I’m running this particular company as a parallel activity, since I work as an accountant in the mornings. So if anyone believes in something … It’s Possible. It is a fact. I, with Fungi Hellas, had another goal in addition to product sales: To gather people from abroad and to make excursions to Greece where we will gather mushrooms. So that one can live all the experience. It is something that we also do with great success, however at first it seemed difficult. In a few days I expect a group from Israel, one from the Netherlands and one from Switzerland. Somehow, it will have a job, for example. and the guesthouse that will stay or the restaurants where these travelers will eat.

How do you manage to combine your project with your morning work? Because everything you describe to me looks very big and probably takes several hours of work.
I get up 5:00 in the morning. I go to the Kifissos Bus Station where the mushrooms arrive from different parts of Greece, then I go to my home, prepare all the packages and invoices to get my assistant ready and make the distribution. And then at 9:00 I have to be in my office at the accounting office. As I said before, this activity takes place 12 months a year.