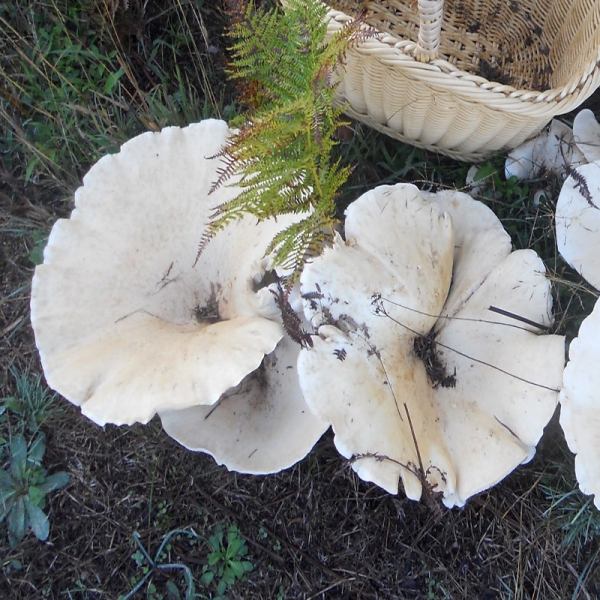 Leucopaxillus giganteus, commonly known as the giant leucopax (formerly as the giant clitocybe) or the giant funnel, is a saprobic species of fungus in the Tricholomataceae family. As its common names imply, the fruit body, or mushroom, can become quite large—the cap reaches diameters of up to 40 cm. It has a white or pale cream cap, and is funnel-shaped when mature, with the gills running down the length of the stem.